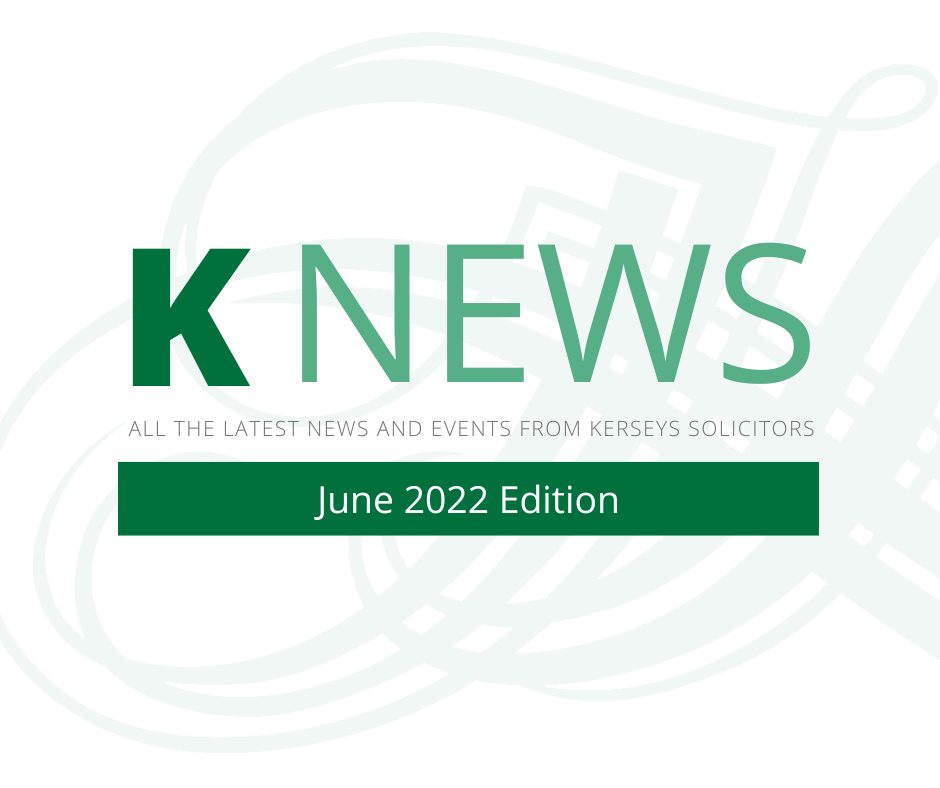 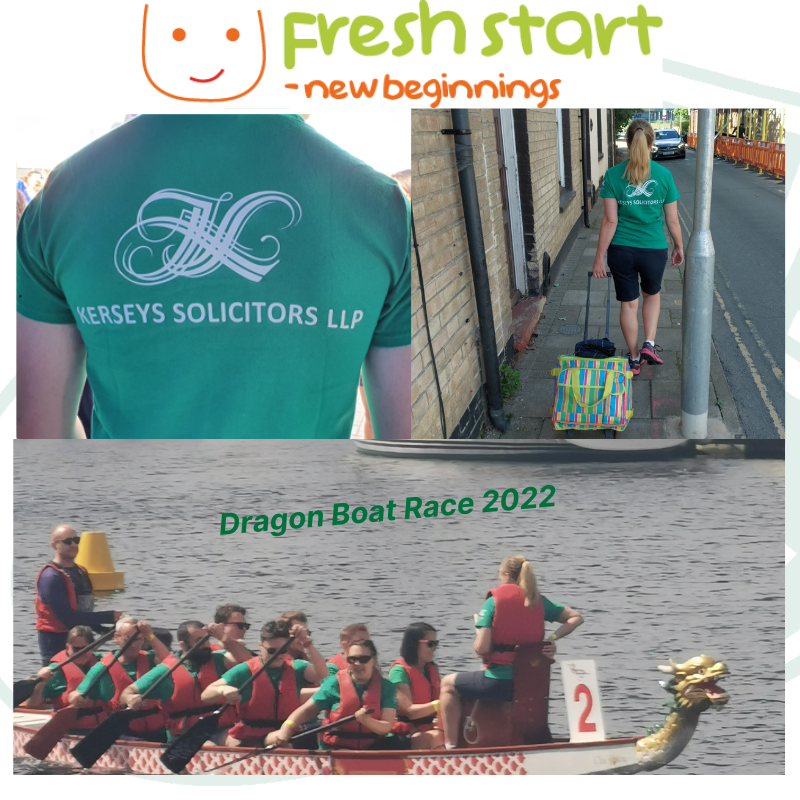 22 Teams took part raising £21,000.00 for the local charity providing 8 children with a better start in life.  The Kerseys team had a tricky first race with a bit too much wobbling and the drummer feeling rather scared she was going to end up in the water.  Our target was not to come last and keep the boat upright

Our staff did amazing supporting events in the office during the year to raise money.

We are proud to support FSNB which is a charity that was set up to provide a therapeutic service for children and young people up to 18 years who have reported being sexually abused and to offer support for their families. 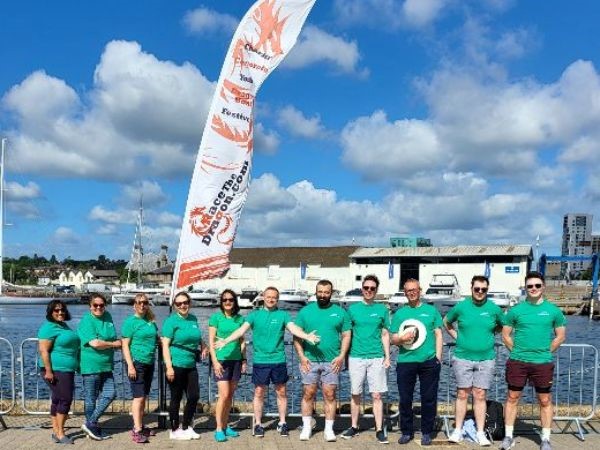 Since our March newsletter we have welcomed

There is the potential for all rental properties to be required to have an energy performance rating of at least a C.  There is currently a Bill being discussed in Parliament that would require any properties rented out in the private rented sector to have a minimum energy performance rating of C on an Energy Performance Certificate (EPC) from
31 December 2025. The regulations may come into force for new lets and renewals of tenancies with effect from 31 December 2025 and for all existing tenancies on 31 December 2028. It will be unlawful to rent a property which breaches the requirement for a minimum C rating, unless there is an applicable exemption.

Following a consultation the government will be reviewing legislation in Parliament later this year to potentially ban exclusivity clauses being used in contracts of employment for lower paid workers.  A lower paid worker is a worker whose guaranteed earnings are below £123.00 per week.

Following a consultation the government will be reviewing legislation in Parliament later this year to potentially ban exclusivity clauses being used in contracts of employment for lower paid workers.  A lower paid worker is a worker whose guaranteed earnings are below £123.00 per week.

Health and Safety concerns are on the rise

The number of health and safety related concerns cited in employment tribunals has risen significantly.

Employers are responsible for ensuring that they have the appropriate measures in place to meet the obligations placed upon them by numerous legislation and case law that governs this area to ensure the safety of its employees and members of the public. All employers have responsibility under the Health and Safety at Work Act 1974 and the Management of Health and Safety at Work Regulations 1999.

In the UK, it is the Health & Safety Executive (HSE) that has overall responsibility of advising on the guidance and legislation and of course enforcing it. Employers have a common law duty of care towards their employees to ensure that there is a safe working environment. Failure to ensure this can in certain circumstances see a director of a business being held personally liable for the breaches of health and safety legislation.  Therefore, it is important to understand the obligations placed on directors and senior employees of a company. Health and safety includes the mental health and wellbeing of employees as well –  read more

Divorce
Leaving Behind the Blame Game

Reasons for divorce tend to be myriad and complex and very few make the decision to part company with a spouse lightly, particularly bearing in mind the emotional, social and financial implications that usually follow.  Before April 2022 the emotional and financial consequences were often made worse by the fact that in order to obtain a divorce relatively quickly someone had to be to blame.  If no-one took the blame there was a wait of 2 years and in some cases 5 years, just to be able to end the legal contract of marriage and move on with life.

However, blame is rarely a straight-forward game.  People’s perceptions of who is at fault and the reasons for poor behaviour can differ wildly and arguments over this run up cost and wasted precious emotional energy.  6 April 2022 heralded a new dawn.  Finally the court implemented the new No Fault Divorce process.  At long last no-one needs to blame someone else in order to gain freedom.  Only the statistical fact of a marriage existing and the desire to want it to end need be registered with the court and as night follows day, a divorce can take place as early as 26 weeks later.

What happens to the contents of a house on divorce?

The contents of the average house are rarely worth much money but can have significant sentimental value. Due to their lack of fiscal value they are usually the last part of people’s financial settlement on divorce and often just get left with whoever has them.  But what if your contents are worth a lot of money and you can’t agree who is to have what? In May 2022 the most expensive art collection ever recorded went under the hammer in New York. The thirty piece collection, including Rothkos, Warhols and Picassos, found itself in the auction house after the husband wanted it sold but the wife wanted to keep it. The possibility of a meeting of minds over this was reduced further after the husband put a huge billboard picture of himself and his much younger new woman on the side of a prominent building. The judge called time on the dispute and ordered the lot sold and sell they did, for a cool $835 million. The same would happen to the contents of the average house in England, just without the rewarding millions in the bank afterwards.

Leila Murray is now a fully accredited member of the the Solicitors for Elderly (SFE) national organisation.  Leila said: “I am delighted to be a full accredited member of SFE having specialised in Older Client law for many years.  It is a privilege to be part of such a highly regarded organisation and I am committed to upholding the highest possible standard here at Kerseys when dealing with the elderly and vulnerable.”

Mehmet Duzgun, Commercial Solicitor has been promoted to an Associate providing services to businesses and individuals.

Elliot Steele, Commercial Paralegal commences his formal legal training as a Trainee Solicitor at the firm and Sophie Barclay, who joined the firm as a Legal Secretary in the Commercial team becomes a Paralegal in the same team.

Matt Clemence, HR Partner at Kerseys says “It is important to us as a firm that we grow our internal talent and strengthen our teams in substantial growth areas.  It is extremely pleasing to see our staff rewarded for their endeavours and hard work.  We at Kerseys wish them every success going forward.” 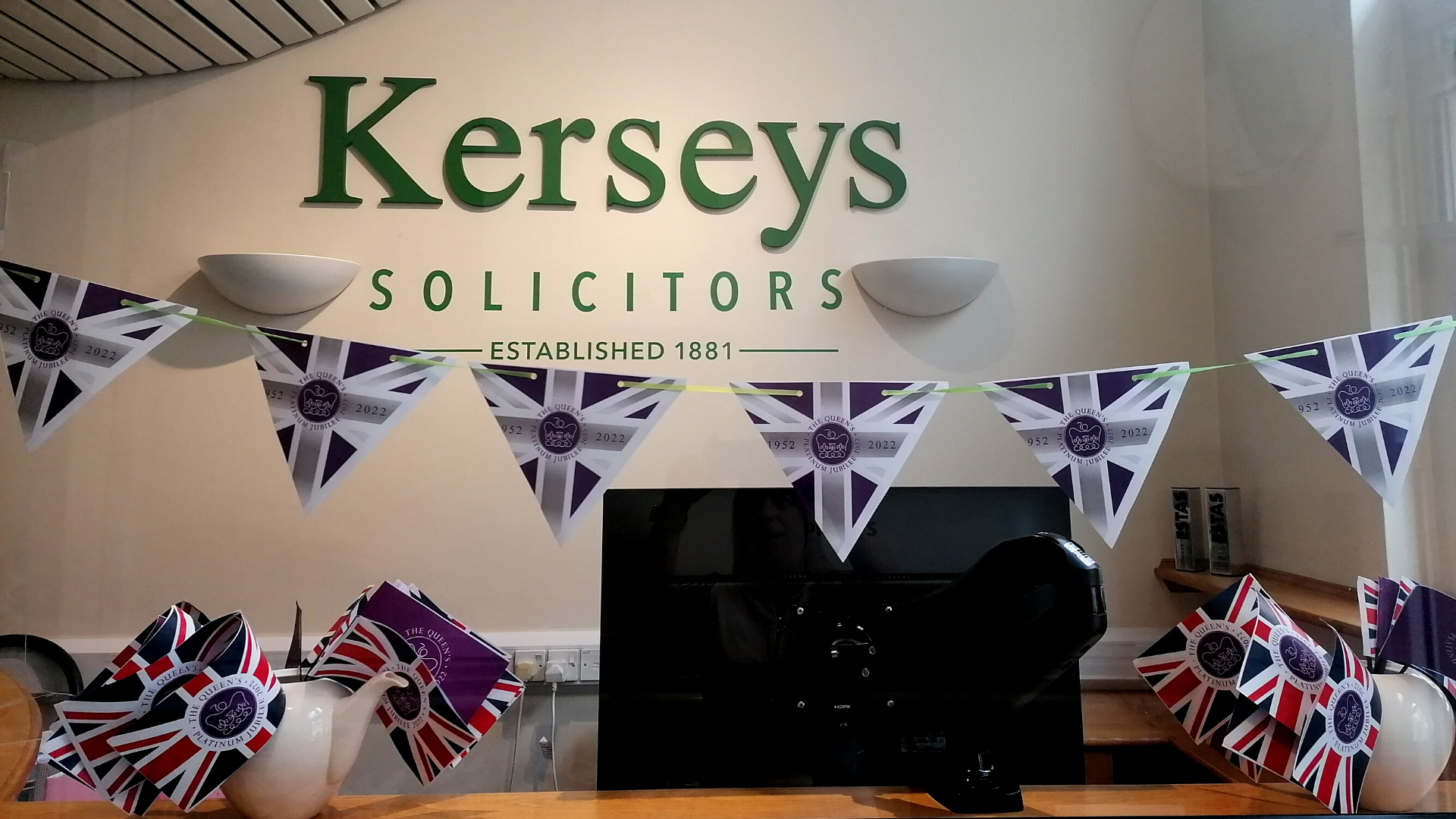 Best wishes from the Senior Management Team at Kerseys. 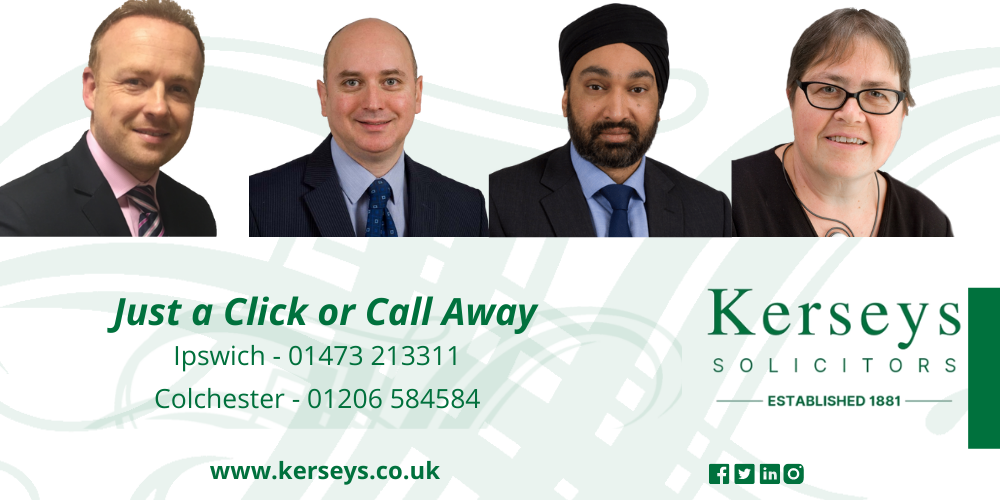