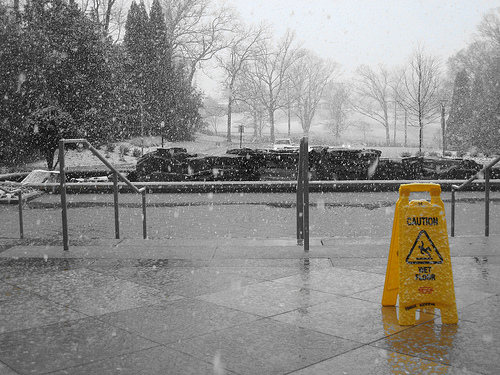 In the recent case of  ‘Hufton -v- Somerset County Council’ [2011] EWCA the Court of Appeal considered the extent of a school’s duty to prevent its pupils from injuring themselves whilst on the premises.

The Claimant was a schoolgirl at the Defendant’s school.  She suffered a knee injury when she slipped on water on the wooden floor of the school’s assembly hall during a ‘wet weather’ break. 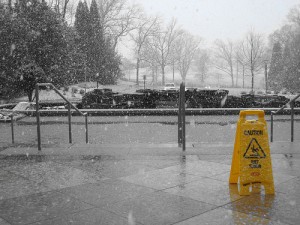 The Claimant’s case was that the school was at fault in allowing its pupils to walk into the assembly hall and deposit water on the floor during wet weather.  Her representatives also argued that the school did not have in place a system which would have prevented the build-up of water on the floor and would therefore have prevented the possibility of someone slipping over.

The school’s case was that they did have a system in place for dealing with wet weather days.  Pupils were not allowed to enter the assembly hall on wet weather days and prefects were instructed to stand by the doors to ensure that this did not happen.  The school also had a system of erecting wet weather signs as soon as it started raining.  Unfortunately the Claimant’s accident happened during a relatively brief period of time between it starting to rain and the prefects and wet weather signs being in place.

The Court of Appeal held that the school had a reasonable system in place to prevent access to the assembly hall on wet weather days and that there was no absolute duty on its part to prevent any accidents from ever occurring.   Accordingly, the Claimant’s claim failed.