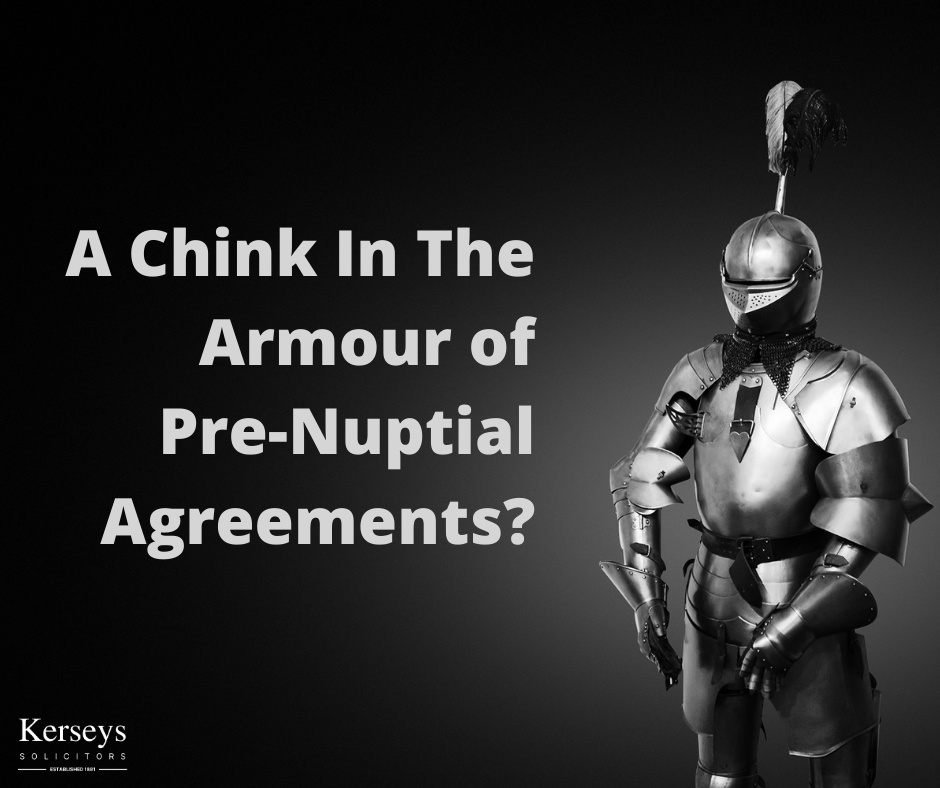 A Chink In The Armour of Pre-Nuptial Agreements?

There was no doubt the 2010 Supreme Court decision of Radmacher significantly changed the status of pre-marital agreements although it stopped short of making them automatically binding on parties.

However, it did establish that under the right set of circumstances the court should give effect “to a nuptial agreement that is freely entered into by each party with a full appreciation of its implications unless in the circumstances prevailing it would not be fair to hold the parties to their agreement…”

The upshot was that unless it was deemed wholly unfair to hold a party to the agreement, then the agreement should stand. In Radmacher, they applied this test and found that a properly executed pre-marital agreement was a decisive factor in reaching their decision.

Following on from Radmacher, a set of criteria developed to make clear what could be held as “freely entered into” and with “full appreciation of its implications”. The latter was achieved by ensuring both parties had the opportunity of taking legal advice, that each had provided full and frank disclosure. What was slightly less straightforward was establishing that the agreement was “freely entered into”. As a starting point, there should be no evidence of duress or misrepresentation. Equally that there is a requirement that any pre-nuptial agreement should be entered into at least 21 days before the marriage ceremony in order for it to be regarded valid. It remains good practice to ensure a longer period of time between signing and the ceremony but that it is not too long before as to potentially warrant the agreement being considered out of date.

This brings us to the case of S v H [2020] which serves as a clear reminder that there remains very strict parameters in which a court will be willing to accept the validity of a pre-nuptial agreement and therefore its capability of being upheld or its terms recognised within a financial settlement imposed by a court.

S v H involved a couple who were both entering a second marriage. 5 days prior to their marriage they had an agreement drawn up by a foreign notary. Neither took independent legal advice.  After their marriage broke down the wife (S) sought to rely on the Agreement. The husband (H) having gone bankrupt, sought to avoid the agreement being upheld as it would have severely restricted the financial support he could receive from S. The parties’ evidence was totally at odds as to their level of understanding of the agreement they signed. H said he was taken by surprise by the visit to the Notary and at being asked to evidence his assets. HHJ Booth considering the case, found the Agreement, not unsurprisingly to be invalid. Judge Booth highlighted that there was no formal process of disclosure, no legal advice taken or given and it was only signed 5 days before the wedding took place.

However, the Judge went on to make it clear that regardless, the agreement would not have met the husband’s needs in any event.  As such, the agreement failed on all three fronts that the Supreme Court felt was required to uphold a valid agreement.

(1) It was not freely entered into.

(2) The parties did not have full appreciation of the implications

(3) In the whole of the circumstances it would not be fair to hold the parties to the agreement.

The parties were married just over 10 years which considering the length of marriage, they had time to re-evaluate the agreement and correct the defective original agreement by entering into a post nuptial agreement but for whatever reason never had referred to the document again until their divorce. It is always sensible to include a review provision and to ensure the parties keep their pre-nuptial arrangements under scrutiny so that, if necessary, any redrafting can take place to record specific changes or upon significant events such as a birth of a child, loss of work or disability. What S v H highlights very clearly is the need to not only ensure the formalities are followed when an agreement is executed in order for it to be held up as being valid but that throughout the lifetime of the agreement, it is continually reviewed to ensure it remains useful in the event of divorce.

If you would like more advice on how to protect your assets either in the contemplation of marriage or possibly post marriage, please contact Matt Clemence, Partner & Family Solicitor at Kerseys on Ipswich 01473 213311 or Colchester 01206 584584 or email us [email protected], alternatively if you would prefer us to call you please visit our web site and click “Call Me Back”. 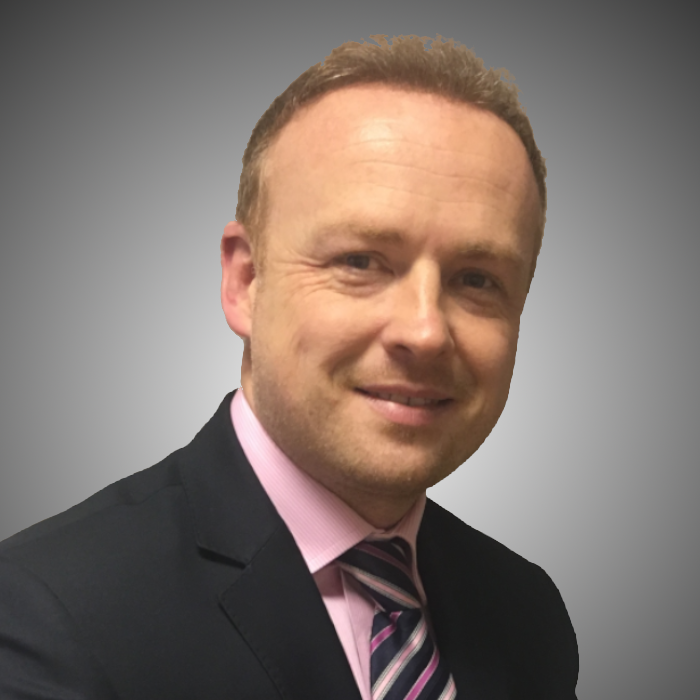