Workers at Colchester Business Park are being called on to have their photo taken as part of a charity campaign dubbed the 1,000 Faces of Colchester.

Scrutton Bland will be doing its part to help photograph 1,000 people in aid of the Tom Bowdidge Foundation.

The campaign is already over a quarter of the way and Kerseys Solicitors will donate £1,000 to The Foundation once the target of photographing 1,000 people has been reached.

Tim Mulley, senior partner of Scrutton Bland, the accountants, insurance brokers and independent financial advisers firm, said: “We are calling for people to join us in this fantastic campaign, which is in aid of a very worthwhile trust. 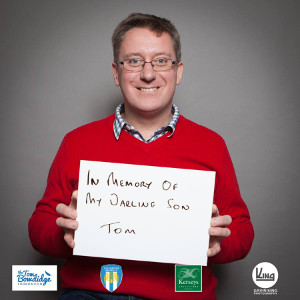 “The Foundation was inspired by a local boy, who carried out great work before he sadly died, and we would all like to do our bit to help.”

The Foundation was set up by Tom’s family to carry on the good work of the teenager, who raised £170,000 for charity before he died after battling a rare stomach cancer, aged 19.

Photographer Gavin King has teamed up with Kerseys Solicitors, Colchester United Football Club, the University of Essex – and now Scrutton Bland – to take photos in aid of the charity.

Anthony Wooding said “We are delighted Scrutton Bland is supporting this campaign and we are getting ever closer to reaching our target.”

To date 262 people have been photographed following events at the CUFC stadium and Essex University Students’ Union.

Dad Richard Bowdidge said: “I am really pleased by all the support to date, including from businesses, such as Kerseys and Scrutton Bland, and the general public. We are really keen to continue the amazing work which Tom started.”

Matt Hudson, media manager at Colchester United, added: “We look forward to helping out and our mascot, Eddie the Eagle, will make an appearance.”

The Foundation, which has its headquarters in Colchester, raises funds to support research projects and to provide physical and emotional support to teenagers and young people with cancer. 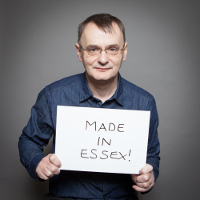 Gavin King added: “It’s great that so many organisations and individuals are getting involved. It’s been good fun and those who take part find it an enjoyable experience.”

Tom Bowdidge died in October of 2013. His family, parents Nikki and Richard Bowdidge and sister Emma, launched The Foundation on what would have been his 20th birthday on February 28, 2014.