The issue of employment status is nothing new. Over the years, the legal status of brick-layers, labourers, plumbers, car valeters and even Methodist ministers has been tested in the employment tribunal, with differing outcomes. But, things have recently got a whole lot more complicated with the emergence of the so-called “gig economy”.

This technology-based sector has sprung up over the last few years and continues to rapidly expand. As an example, Uber, which only launched in London in 2012, already uses about 30,000 drivers in the London area. To put that into perspective, in 2015, there were only about 22,500 licenced Hackney Carriage (black cab) drivers. 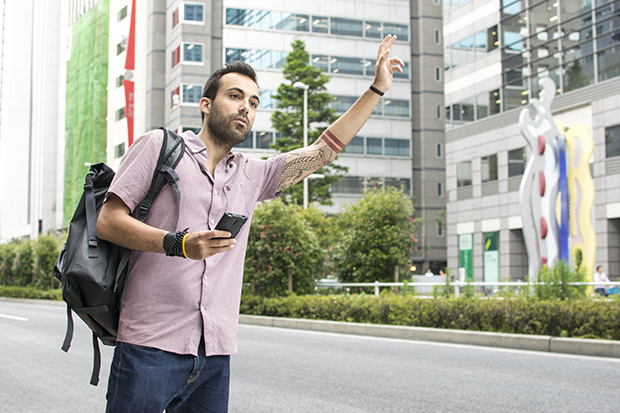 In simple terms, when you work in the UK you will generally fall into one of three categories. At one extreme is the “employee”, who is employed under a contract of employment. Employees have the most extensive rights out of the three categories including, for example, the right to a statutory redundancy payment, the right not to be unfairly dismissed, rights under the Transfer of Undertakings regulations, the right to statutory sick pay, the right to paid holiday and rest breaks under the Working Time Regulations and the right to the minimum/living wage. They also have various “family friendly” rights, such as the right to take maternity, paternity and adoption leave and be paid for it, along with right to request flexible working.

At the other end of the spectrum, “self-employed contractors” provide a service as an independent contractor and have very few rights over and above their express contractual arrangements with the contractor.

In between these two categories is the category of “worker”, which covers those individuals who are not employed but are also not self-employed. This will include individuals such as casual workers, some agency workers, religious ministers and those employed by the Crown. Unlike self-employed contractors, workers get some protection and rights. Most significantly, they have the right to receive the national minimum/living wage, the right to paid holiday and the right to rest breaks and maximum working hours under the Working Time Regulations.

Why is it important?

Over the years, many companies have categorised roles as self-employed. They may, of course, have done this for genuine reasons. But, that has not always been the case. Some unscrupulous employers have sought to utilise self-employment status as a way of avoiding the need to make National Insurance Contributions, pay the national minimum/living wage, give paid holiday and give appropriate rest breaks.

The Central London Employment Tribunal was recently asked to consider the employment status in two test cases concerning Uber drivers. The two drivers argued that they were workers, whereas Uber maintained that they were self-employed contractors.

One of the key issues in deciding whether an individual is genuinely self-employed is to look at the control that is exerted over them. Uber provides transportation services through a smartphone app. Drivers can choose when they turn on their app and they can choose whether or not to accept a job. However, when they are working, Uber does exert a fair amount of control. For example, drivers do not, and cannot, negotiate the price with passengers, that is all done through Uber. In fact, the drivers are not even made aware of the destination of their passenger, they are just directed to it by the app. Drivers are also only offered and accept trips strictly on Uber’s terms. Further, a driver cannot let anyone else use their app; they have to personally perform the work that is offered to them.

In this case, the employment tribunal held that the requirement of drivers to provide personal service and the level of control Uber exerted over them meant that they were workers, not self-employed contractors. As such, as it stands at the moment, Uber is liable to pay the national minimum/living wage to its drivers and also to give them paid holiday. Naturally, Uber says it is going to appeal against the decision, despite the fact that the employment tribunal thought the situation was clear cut. In fact, the employment tribunal even went so far as to criticise Uber for trying to cover up the true situation by “resorting in its documentation to fictions, twisted language and even brand new terminology…”

Uber isn’t the only one at it though, CitySprint, Excel, Addison Lee and eCourier are all facing employment tribunal claims from couriers who claim they were workers. So this is going to keep running.

The Uber decision is going to force companies in the gig economy to, at the very least, question their business models. And, given that Citizens Advice has suggested that up to 460,000 individuals in the UK may be wrongly classified as self-employed, it could have a much wider impact.