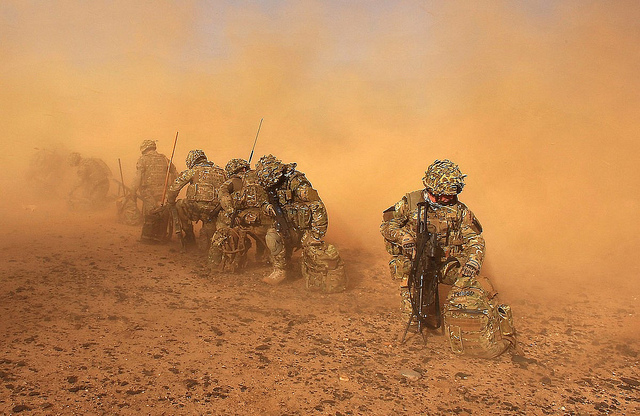 The recent killing of a Taliban prisoner by Royal Marines, resulting in one murder conviction, has caused an unsettling feeling in many of us.  What is not understood so readily is that, through most of history, war has always been thus.

This is the court martial record of the action just before and after the deadly shot, recorded on a Marine’s helmet camera:

The Marine’s reference to the Geneva Convention is apposite.  That is because that is how soldiers must see the default position for deciding how the rules of engagement in war apply.  The Geneva Convention’s first incarnation was in 1864 and its main thrust was to protect the sick and wounded by giving protection to medical facilities and their staff and any civilians helping the wounded. Even the terrible carnage of the First World War did not see in a comprehensive system that would prevent killing of the enemy when combat was not in play, as happened here. The Geneva Convention as we know it today did not come about until 1949, in the wake of the Second World War.

Article 13 of the Convention includes the requirement that prisoners of war:

It has been said that the Geneva Convention takes ‘barbarism out of war’.  Yet war has always been a barbaric business and in the heat of battle all kinds of things inevitably go on, whether we like it or not, or perhaps more accurately whether we like to think it or not.