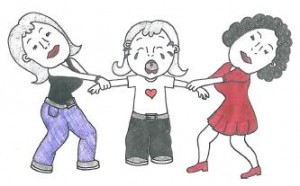 The effects of social networking and the net on the law are widespread.  We have posted blogs before about Twitter and superinjunctions, use of the net and Facebook by jurors and other such topics which have become headaches for judges as they try to catch up with the mature Information Age.  Now we have reports in the press of an issue which gets to one of the most sensitive and heart-rending areas of law: adoption of children.

The law of adoption in this country is predicated essentially on the concept that in the circumstances of the natural parents failing utterly in any satisfactory care of a child and if new parents (‘adoptive parents’) can be found, there will be a complete break with the natural parents.  This is supported by the full force of the civil and criminal law, including absolute confidentiality imposition.  The adopted child (not natural parent) has a right to pursue information and contact through official channels but only when they are 18 and after opportunity for careful counselling and planning.  However, in the Information Age this has presented a challenge, particularly as to confidentiality.

Although an adopted child will have a new surname and may be living at the other end of the country, Facebook ‘Friend Requests’ can reach out.  There have been many recent examples, for instance, of siblings still in the natural family network finding an adopted brother and sister via Facebook and then on the back of that the natural parents also making contact which quite quickly can escalate.  Literally, the natural parent is ‘in your face’ with all their version of what happened in the past, true or false.  Research by the British Association for Adoption and Fostering found that 53% of adopted children have used such ‘unofficial means’ to become in contact with birth parents.  One example recently quoted in The Times, was of a 15 year old who suffered the emotional trauma of huge Facebook contact from her natural family (her natural parents had apparently rejected her originally as ‘unpreferred child’) just before GCSEs and became preoccupied with that so that she did nothing like what was expected in her exams and was deflected from expectation of A levels as a consequence.

The law will need to adapt, in part to face reality.  Even the adoptive mother in the above example has mooted that it would be sensible for more adoption plans to include some planned contact e.g. with siblings and granny at least, to at least mitigate the emotional shocks of unplanned contact.